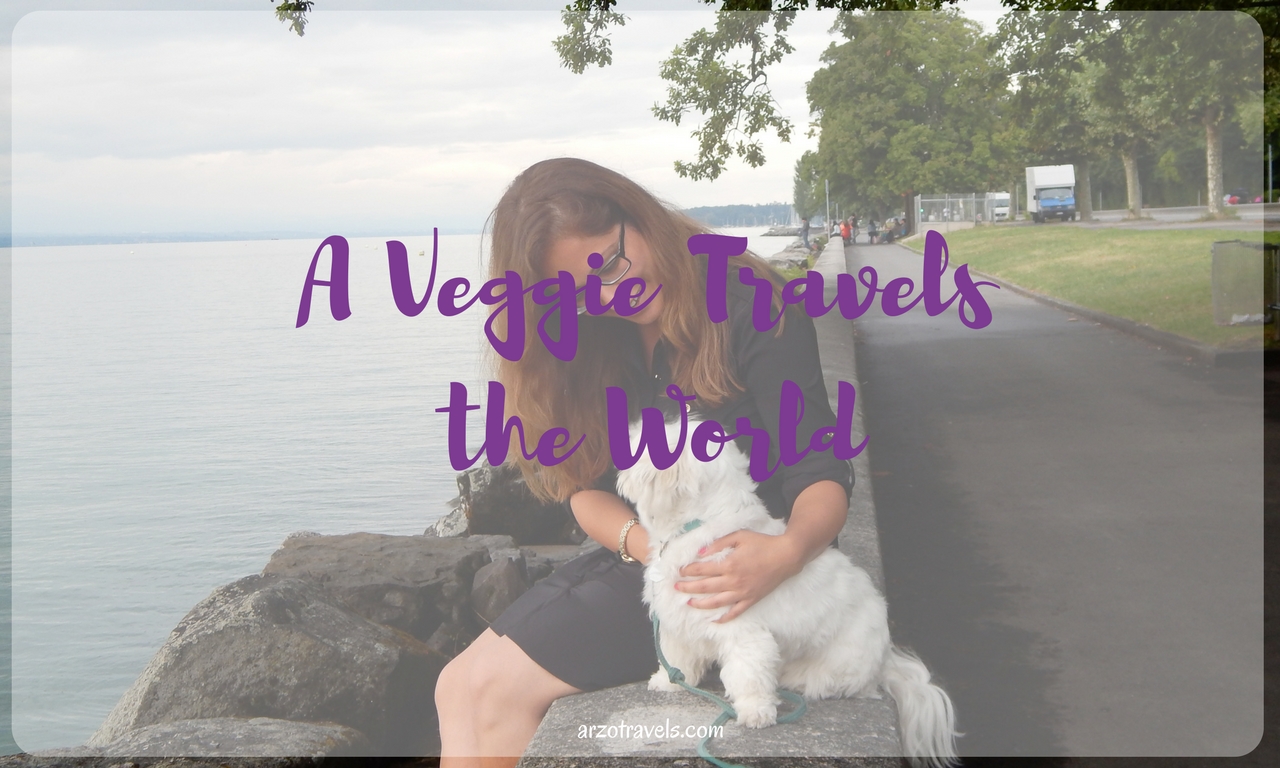 A Veggie Travels the World

People ask me a lot of questions about my ethnicity, my job, my friends and family, and of course about my travels, too. However, lately, there is another question that people ask me very frequently: Why have I become a vegetarian? Isn’t life as a veggie, traveling or not, too hard?

Well, traveling through France as a veggie? Surely, not an easy task. Though more and more vegetarian and vegan-friendly restaurants and cafes are opening in many cities, Paris seems to be the big exception. Luckily, cities like London, New York, Milan, Berlin, or Kuala Lumpur have noticed the increasing demand for healthy food, which often, though not always, goes hand in hand with vegetarianism. I can assure you: Traveling the world as a veggie is neither less fun nor an impossible mission.

However, some people seem to be surprised to hear about vegetarianism. People have always eaten meat, so why stop eating meat all of a sudden?

Well, we used to live in caves and we don’t live there anymore. In Europe, witches used to be burnt but we don’t do that anymore. A life without electricity nowadays? Unthinkable in many parts of the world.

Why does everything change, but most people reject to change their eating habits? Though, this might not totally correct since meat used to be something special in most parts of the world. It has only become something normal in the last few decades. Eating meat every day or even several times a day? For many in the industrial countries totally normal.

The crucial factor for me was my dog Puppygak, who led me to question the right of humans to eat other living beings. I have been spending so much time and money on him for the last two years. I worried about him when he was sick. So far, I’ve paid heaps of money on the vet and made many compromises because of him.

Of course, I have never harmed an animal myself. I felt sorry for suffering animals. Of course, I have known that animals don’t give up their lives voluntarily so we could eat them. But I just ignored it because meat was so tasty and it ignoring easier.

Puppygak showed me that ignoring doesn’t work anymore. I realized that he is not a “thing”. He gets scared easily, feels pain and likes to be treated “well”. Of course, I care more about him than about other animals but he was the initial impulse to change my eating habits.

Doing some research on meat production, and all the circumstances, I started to reduce my meat consumption step by step.

Also, shortly after I had gotten Puppygak I started a new job which involved a lot of driving on German highways. I had seen the trucks transporting animals to the butcher before but I had ignored them. But since ignoring didn’t work anymore, I started to think about those animals, to think about how much they must suffer. Just because we humans assume we have the right torturing and eating them.

I teach kids at school. They are taught that the meat industry is one of the biggest threats to our environment. It is general knowledge. We know the meat industry causes high carbon emissions. More and more researches indicate that it’s the biggest global threat. Newest researches have shown that “giving up beef will reduce carbon footprint more than cars”. I travel a lot, I drive a car. Why should I damage the environment even further?

People argue, that people all over the world are starving and being a veggie is arrogant. I know that almost 800 million people don´t have enough food and suffer from hunger. Does eating meat make them feel less hungry? Why do people start arguing about other problems in the world when you mention the cruelty coming with meat production? I can’t stop the war in some countries. I can help those population by donating money, boycotting products (which apparently support warfare) and demonstrating. Thus, my influence is limited. However, I do have a direct influence that fewer animals are getting murdered.

But if those people would be really interested in solving the issue of the starving population eating less meat would actually reduce hunger in the world. We use way too much agricultural land on farm animals. If we reduced our meat consumption that land could be used to produce much more other foods to feed more people. It is ridiculous that several thousand liters of water are needed for one (!) beef burger. If you don’t do it for the animals, do it for the world (find out more about it).

With all this in mind, I decided to stop eating meat at all. But I refused to call myself a veggie. I didn’t want to force myself into that veggie thing. What, if I wanted to spoil myself on my birthday and eat some meat? Very soon it turned out that I don’t want to eat meat again – ever.

I started to like the idea of calling myself a veggie. Yes, I am a traveling veggie. Travel is still the same fun, it is just a bit different when it comes to choosing your meal.If you are in need of some role models, many geniuses were vegetarians: Albert Einstein, Socrates, Darwin, Voltaire, Kafka, Thomas Edison, Mahatma Gandhi, Rosa Parks, Pythagoras, awesome fashion designer Stella McCartney and many more. However, my personal favorite veggie was pure genius, Leonardo Da Vinci. I consider him as one of the smartest men of all times. More than 500 years have passed since his death but his words are truer than ever:”The time will come when men such as I will look upon the murder of animals as they now look upon the murder of men.”So stop ignoring- Wherever you are.

I have shared some tips on how to survive as a veggie in countries like France.

To prove to you that veggie and vegan food is delicious I will also start sharing my most favorite recipes with you here.

Most of them were created by me though they have an international character. I can assure you: the food tastes great! So, hope to see you soon on my blog and I would love to hear if you are a veggie/vegan, or if you have at least tried it or why you wouldn’t even try living without meat. Check out my first recipe: A vegan Chili sin Carne (without Tofu).

For more information check out the following websites:

Hi, I am Arzo! Welcome to my blog.

Hi, I am Arzo. I have been running this blog since 2015. I often travel solo, I am a bit crazy, a bit normal, at times confused and spontaneous but my trips turn out fun- even with all the weird things happening in between. Always on the hunt for good vegetarian food and amazing views! Here you will find real travel tips (mostly not sponsored and paid by myself). Between my full-time job as a teacher (class 5-10) I also blog and in between travel the world (sometimes with my little dog).